To be able to see clearly without the use of glasses or contact lenses is a dream come true for a great many people, and this dream has a long history. Most of the procedures that change the optics of the eye, called refractive surgeries, are performed on the ‘front window’ of the eye, the cornea. There are two structures in the eye, however, that focus images onto the back of the eye, the Cornea, and the crystalline lens, and refractive surgeries are performed on either one or both.

The majority of the optical power needed to focus light onto the retina is provided by the cornea, about 80% of it. The crystalline lens, a flexible element behind the iris (the colored part of the eye) is the remaining part, and losing the lens means you can no longer adjust to see up close. These tissues of the eye are kept at a very specific water level or else they are not clear, and this is particularly true of the crystalline lens. Thankfully, the lens is deep inside the eye, and generally insulated from trauma. But if it is damaged it gets cloudy, and this is called a cataract. Corneal refractive surgeries are most common.

The first surgery, developed in 1898, used a scalpel to make cuts in the cornea. This surgery, called Radial Keratotomy (RK), was finally perfected in the 1960s, and is still occasionally used for patients with astigmatism. But RK has been almost completely eclipsed by laser procedures because of their superior reliability. The most common surgery, LASIK, is an acronym which stands for laser-assisted in-situ keratomileusis. (The term is not Lasix: this is the name of a drug used to treat fluid retention!) LASIK is a modification of a surgery developed in the mid-1990s called ALK (automated lamellar keratoplasty). In any of these surgeries, the surface layer of the cornea, called the epithelium, has to be moved out of the way first, so in ALK surgery an instrument called the microkeratome is used to make a microns-thick flap from the surface of the cornea which is then laid to the side. After this, a pre-determined amount of internal corneal tissue is removed with another pass of the microkeratome before the flap is smoothed back in place. In LASIK, the internal corneal tissue is removed with a laser instead. This fantastically accurate family of lasers, called eximer lasers, use light in the ultraviolet spectrum, which leave no thermal damage to surrounding tissues.

Even though eximer lasers (short for ‘excited dimer’) were developed in the 1970s, they were used for etching silicon chips and micromachining until the early 1980s, when they were modified for use on eyes. The beauty of this laser’s effect is that it doesn’t cut or burn, but vaporizes the tissue into the air. The FDA approved its use for corrective eye surgery in 1995, and the first laser refractive surgery, PRK (photo refractive keratectomy), was born. (LASIK was not approved until 1999). This surgery does not use the microkeratome, but rather the surface epithelial tissue is wiped off. A special bandage contact lens is used to protect the cornea for the few days the epithelium needs to grow back over the laser-shaped area. The refractive outcome is the same, but PRK is not as comfortable as LASIK at first. It doesn’t require as thick a cornea as LASIK does, however, so it is still used for patients with thin corneas. Laser refractive surgeries can really only be done once, since there are not enough microns of corneal tissue to make the same degree of shift in prescription more than once. A ‘touch up’ kind of surgery can be done to make small refractive changes, and this is called an ‘enhancement’. Most all surgery centers guarantee their work for a lifetime, and will do an enhancement if the prescription shifts.

The main three things that keep a patient with normal corneas from having refractive surgery are how high their prescription is, the stability of their prescription, and the thickness of their cornea. The absolute range of LASIK is -14.00 diopters (nearsighted) to +6.00 (farsighted), but most surgeons find the best results between -10.00 and +4.00. The higher the amount of prescription change needed, the thicker the cornea that is needed, and the less chance that an enhancing surgery could be done later in case the prescription changes. There are two other procedures, called LASEK and Epi-LASIK, which use thinner flaps to leave more cornea available for surgery in cases like this.

The major side effects reported by patients after surgery are dry eyes, halos around lights, and problems driving at night, but these are less common as minor improvements are made all the time. But even if these happen to my patients who I’ve referred for surgery, their usual comment is: ‘that was the best money I’ve ever spent.’ I think the old saying about how one only hears about the airplane crashes and not about the millions of flights that succeed is also true of laser vision correction! Many people think they need to wait until ‘they’ve perfected the surgery’ because they have heard (somewhere, they can’t remember where) about people who have had lost an eye, or something akin to this. These surgeries are incredibly safe and routine outpatient procedures, and blindness is not a realistic fear, statistically speaking.

Another procedure involving the cornea is intrastromal corneal ring segment (ICRS) device implantation, the most common of these being Intacs. This method has the advantage of giving very crisp vision while not removing any corneal tissue. Its limitation is that it can only correct nearsighted people, and up to only -3.00. It also does not significantly correct astigmatism. These devices are typically used only for people with corneal thinning dystrophies.

The surgeries we have been talking about alter the cornea, but now we turn to those that change the power of the eye by replacing the crystalline lens.

When a cataract is surgically removed, an intraocular lens (IOL) is implanted where the cloudy crystalline lens had been sitting. (See also article ‘Vision Over 60’). Because the power of this implanted lens can be chosen, so can the power of the eye, making patients more independent of glasses or contact lenses after cataract surgery. When this same surgery is done for patients without cataracts, to change their prescriptions, it is called Refractive Lens Exchange(RLE). Though there are multifocal IOLs used now that can help with near vision, they are not commonly used because of their cost and inconsistent visual outcomes. So when the crystalline lens is replaced with an IOL, the ability to focus on things up closed is compromised. For this reason, RLE surgery is normally done only on patients that are older than about 45 years of age, because most of us have already lost some focusing ability by then. The main reason for this technique being used is that a wider range of prescriptions can be compensated for: from +8.00 to -20.00—and the risk of prescription shift is much less! It also gives a surgeon the ability to correct for up to 3.50 units of astigmatism as well! Other advantages are that since the cornea is left intact, there will be no need for cataract surgery later. Also, people with mild cataracts whose vision would not improve with a corneal procedure can have this done. Since corneal procedures are generally a little more precise, sometimes they are done over top of cataract surgeries or RLE if there are small prescriptions left over to ‘fine tune’ the visual result.

Other procedures involve the addition of a refractive device into the eye. These are not as common, but have significant advantages.

Phakic IOL, is when a lens is put in the eye without the removal of the crystalline lens, as in cataract or RLE surgery. (The word phakic means the crystalline lens is left intact in the eye.) This method of reducing lens prescription is done usually when the amount of prescription is too high or the corneas too thin for corneal laser vision correction procedures. And, when you add a lens to the eye, you aren’t changing the natural structures of the eye, so you can remove or change the lens you put in if need be.

There are methods and devices that continue to come into being that aren’t mentioned in this article as many are still being perfected. The ones I have written about are the most commonly used. There may be a time for me to write an additional article about the new developments, so check back!

We refer patients for these surgeries, and are attentive to the statistics of the various surgery centers—we have favorites like everyone does! And in an exam we are able to tell whether you would be a good candidate for a surgery to correct their prescription, or which type would be most likely to be successful in your case.

I’m so happy we came back! Our whole family has been treated so well. I was on my last pair of contacts when I realized I hadn&rsqu...

Fantastic little vision center. I've been going to the same eye doctor most of my life because I have a wacky prescription. Dr. Chung...

I was very pleased with the way I was treated, and how everything was explained to me. I’m looking forward to my next visit! (And I...

This was by far the nicest eye appointment I’ve ever had. I will definitely be back for the years to come. Thank you for your frien...

Wow! Many thanks for making my first visit so memorable. Dr Gorham and the staff were organized, informative, and helpful throughout my e... 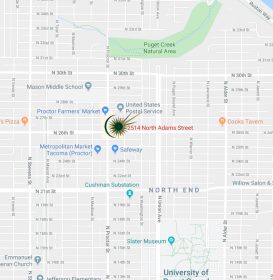 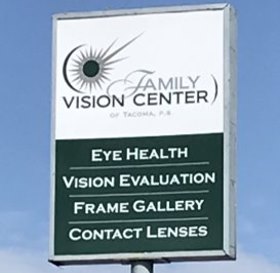 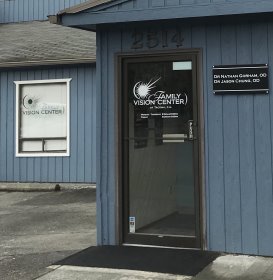 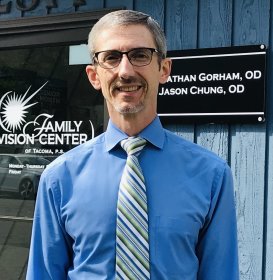 I have never had a more complete eye exam, nor one that I enjoyed more! Thank you.

Dr Gorham is the first eye doctor to ever explain to me about my eye and give the condition a name (even though I still can’t pronounce it). I liked his manner. Pleasant, professional, but also human.

Dr Gorham was a great doctor! I’m always scared to death of people being around my eyes, but I was very comfortable with him. He didn’t make me feel like just another patient. Thanks!

I was seen right away which I appreciate! Thorough exam performed efficiently also! Front office staff acknowledged me right away which makes a difference when choosing places I'll patronize.

My visit was educational and fun. Dr Gorham took the time to answer any questions I had. The staff were also very helpful and informative and fun. Thanks again.